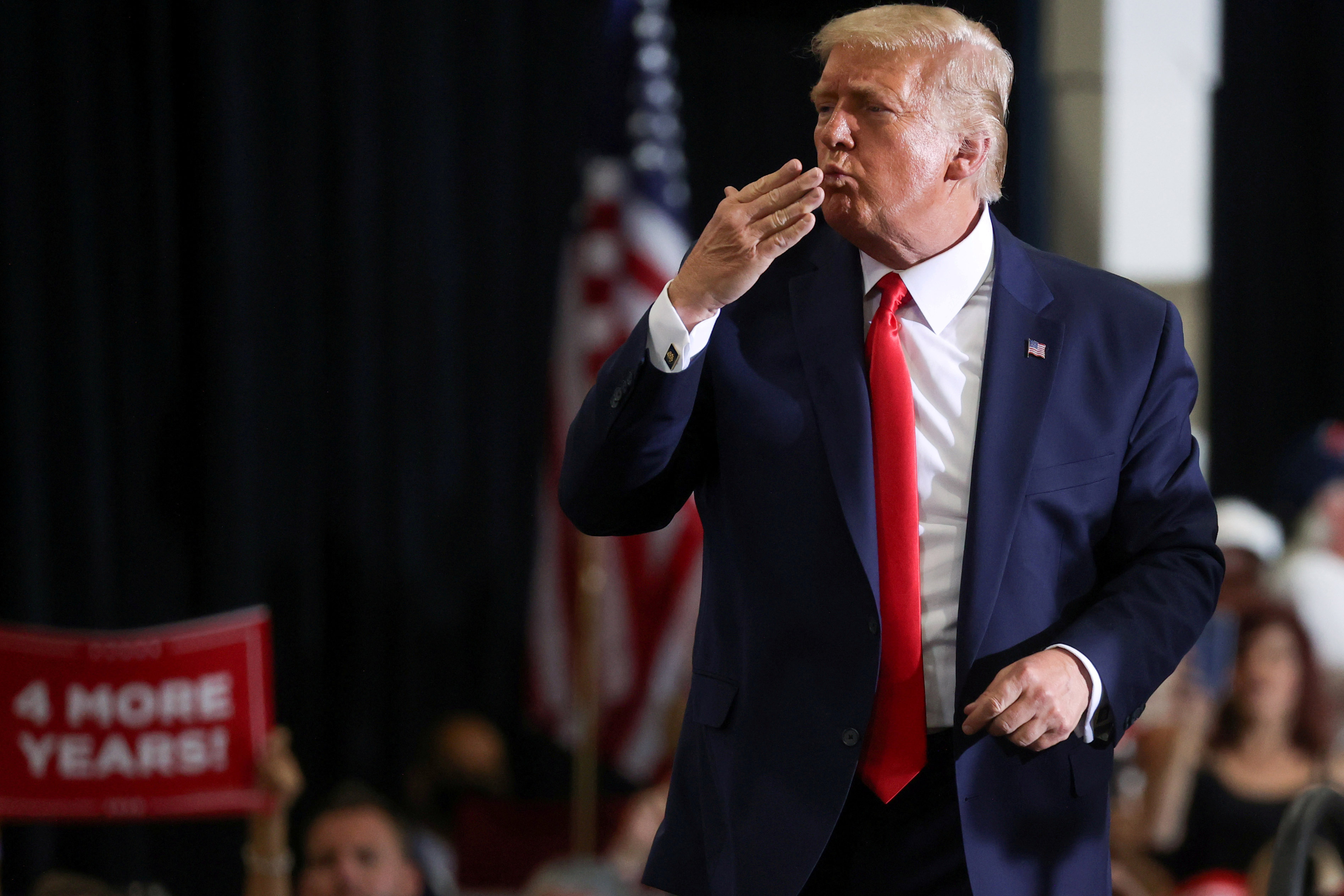 President Trump called Joe Biden “unfit” during a rally outside of Las Vegas on Sunday night, claiming the former vice president is beholden to “crazy socialists.”

“Biden is too lazy to stand up to the crazy socialists and never will, will never have the strength,” Trump told the crowd of thousands packed inside a manufacturing plant in Henderson, Nevada.

“This man is totally unfit to be your president — up here,” Trump added, while pointing at his head.

Trump also suggested that Biden does not have the mental acuity to deal with some of his favorite world leaders, such as North Korean dictator Kim Jong Un, Russian President Vladimir Putin and Chinese President Xi Jinping.

“I deal with all these people and they don’t have the mental problem Sleepy Joe has. They’re very sharp,” Trump said. “Biden is too weak to be president and he’s not a smart person.”

Trump, at times, displayed confidence that he would overcome his Democratic rival at the ballot box.

But despite Biden’s supposed deficiencies, Trump pondered whether his Democratic challenger could be victorious in November.