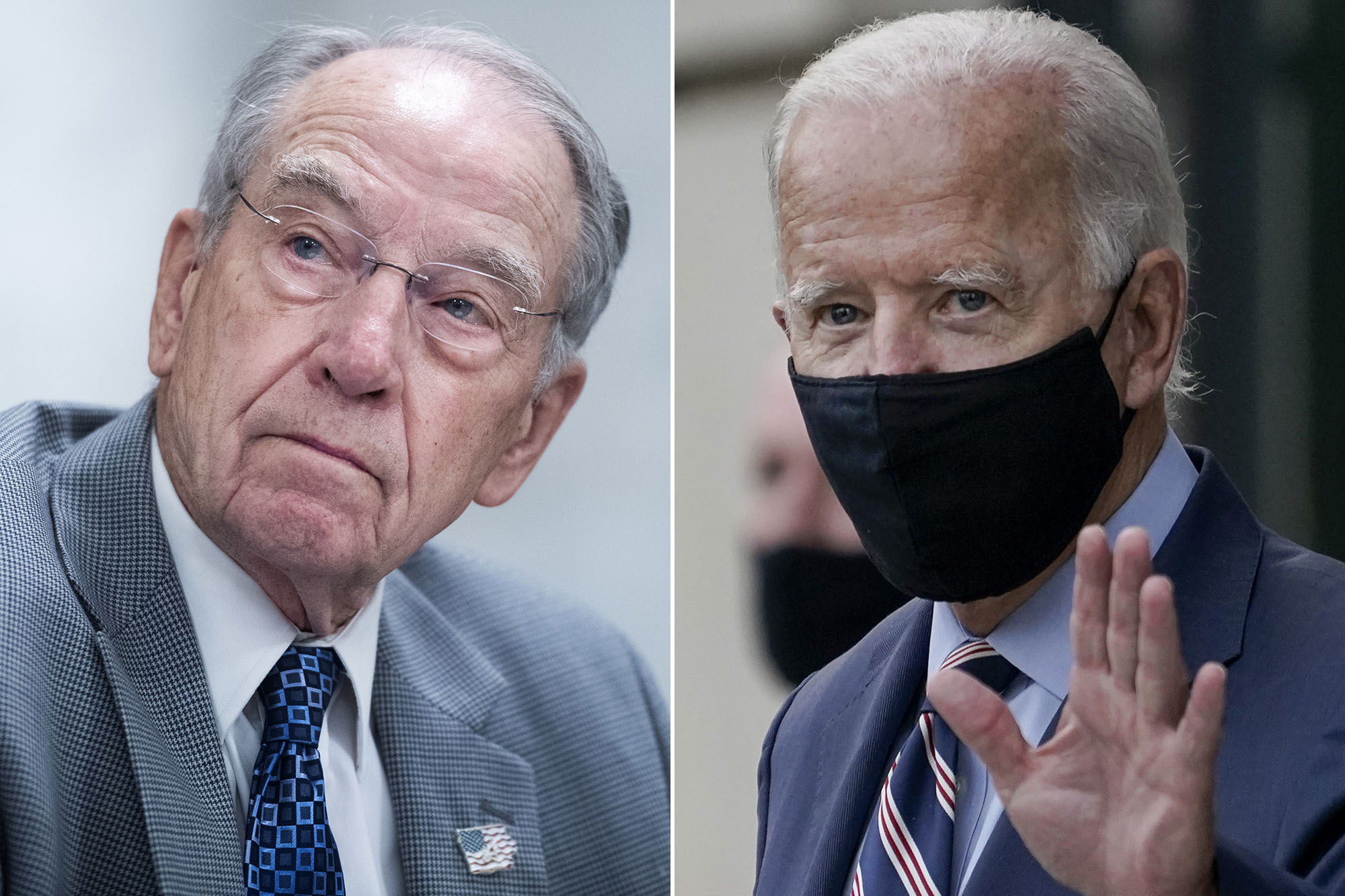 Grassley (R-Iowa), who previously served as Senate Judiciary Committee Chairman, said in a statement Wednesday that he saw “no reason” for the 2020 Democrat to not share with voters “something as consequential” as who he would name to the nation’s highest bench.

“I hope Vice President Biden will agree with me that the American people deserve this information before the election, not after. I call on Vice President Biden to release the list of names from which he would nominate to the Supreme Court, no later than September 30th,” Grassley said in the statement, first obtained by The Hill.

“The Biden-Harris ticket owes voters the same transparency President Trump has demonstrated along with the same commitment to nominate from that list should there be a vacancy. There’s no reason to hide something as consequential as who would be named to our highest court,” he added.

Should Republicans maintain their majority in the Senate in November, it is widely believed that Grassley will take back the Judiciary Committee chairmanship from current chairman Sen. Lindsey Graham (R-SC).

If Biden bests Trump at the same time, he will need a cooperative Senate Judiciary Committee in order to get his Supreme Court picks through.

The former vice president, who also chaired the Judiciary Committee for a time in his Senate days, was still in the White House when then Judiciary Chairman Grassley refused to give former President Obama’s Supreme Court pick Merrick Garland a hearing or a vote.

Last week, President Trump unveiled an additional 20 names that he was adding to his already long list of candidates he would consider nominating to the nation’s highest bench.

Sen. Mike Lee (R-Utah) along with his brother, Utah Supreme Court Justice Thomas Lee, was still on the list from previous years.