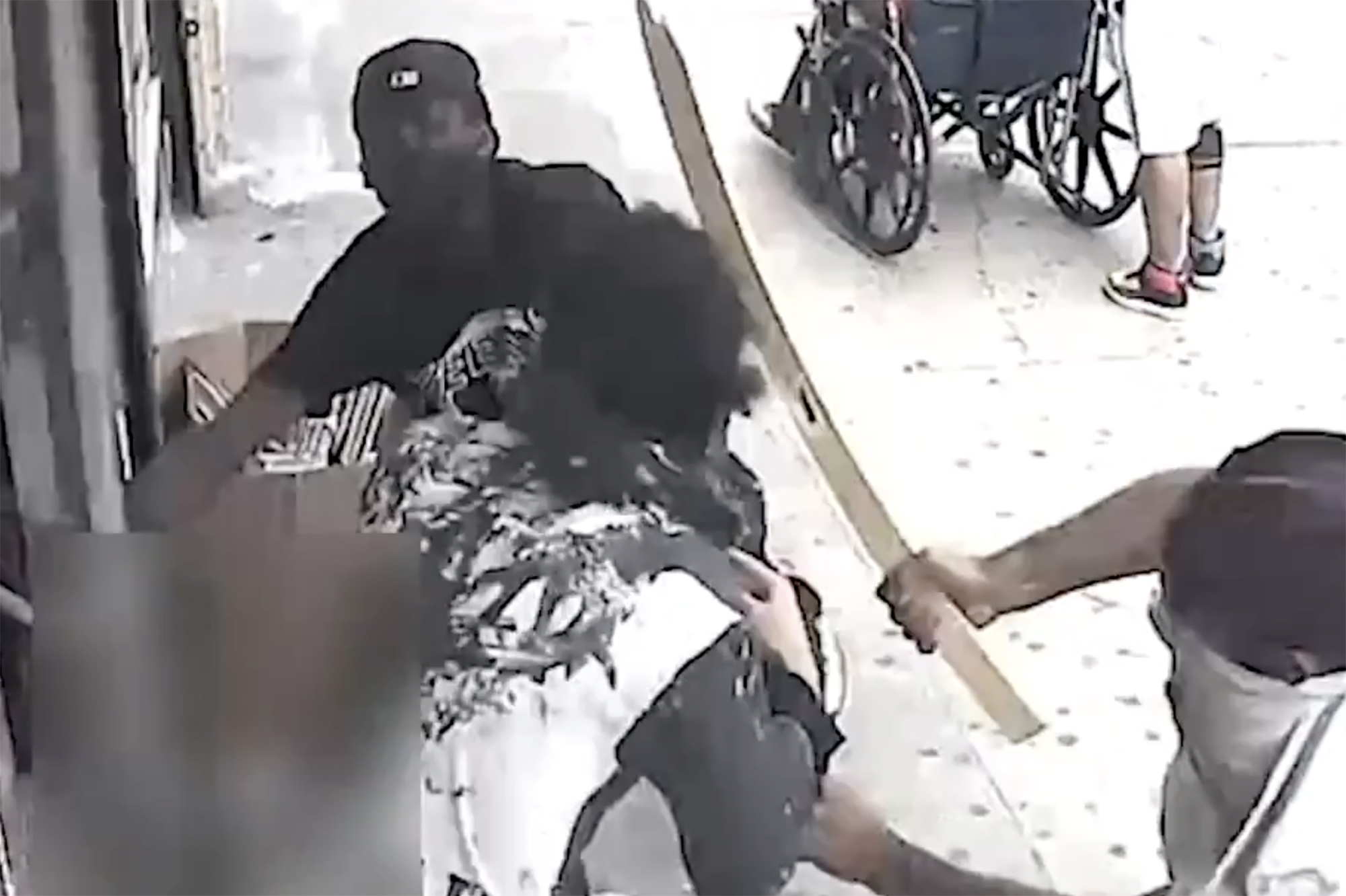 Two brutes viciously beat, slashed and robbed a man in broad daylight outside a Bronx deli this week — leaving him in critical condition, disturbing new video released by police shows.

The surveillance video, captured in front of the Bronx Zoo Deli on Southern Boulevard near East 183rd Street in Belmont around 2:50 p.m. Wednesday, shows two suspects standing in wait while the 19-year-old man was inside the store.

When he walked out, one of the men repeatedly beat him with a wooden object, knocking him to the ground, before the other slashed him across the neck.

Both grabbed his cell phone before taking off in a blue Honda Civic, cops said.

The victim was left with a laceration to his neck and bruises all over his body.

He was rushed to New York-Presbyterian Hospital, where he was still listed in critical condition early Friday.

The attackers remain at large. One, described as having a medium complexion and a thin build, was last seen wearing red track pants with a white stripe down the leg, a white T-shirt, a black du-rag, and white sneakers.

The other, described as having a dark complexion, was last seen wearing a black T-shirt, a black White Sox’s baseball cap, black jeans, a black surgical mask, and white and red sneakers.

It wasn’t immediately clear whether the victim knew his attackers, as he hasn’t been able to talk to police.