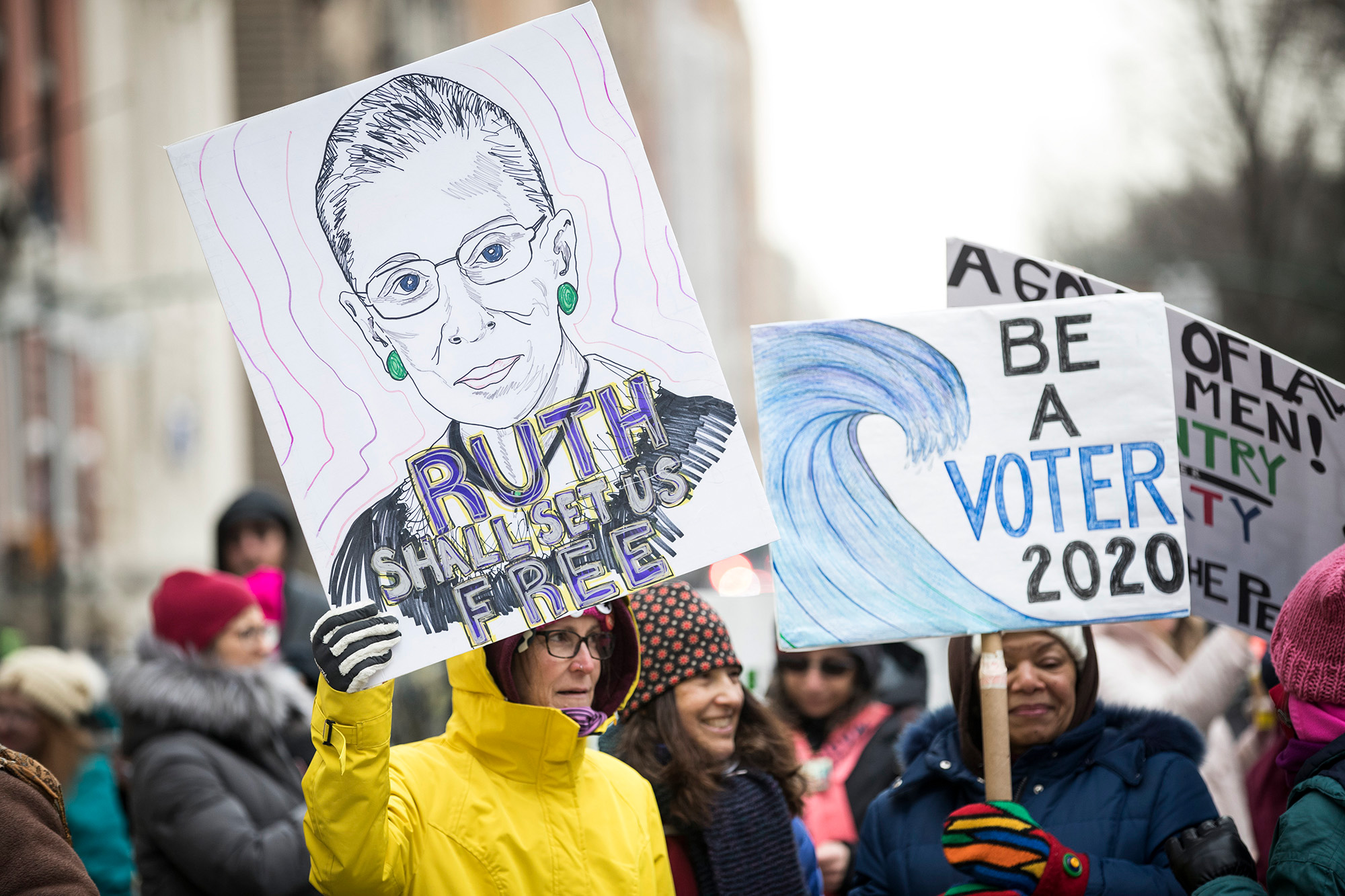 The death of Justice Ruth Bader Ginsburg could have dire implications for Roe v. Wade, the decision affirming a woman’s right to abortion.

A judicial third rail since the day it was handed down in 1973, Ginsburg had been a longtime champion of the ruling, and voted to defend abortion rights time and again during her 27-year tenure on the high court.

As late as March 2020, Ginsburg was undiminished as she questioned lawyers arguing on behalf of new abortion hurdles in Louisiana.

“Throughout her life and work, Justice Ginsburg affirmed and reaffirmed that under the law men and women deserve equal protection and equal freedom to make decisions based on their conscience,” Sara Hutchinson Ratcliffe, acting president of Catholics for Choice, said in a statement.

Her tireless efforts on the issue did not go unnoticed by Republican critics.

“RIP to the more than 30 million innocent babies that have been murdered during the decades that Ruth Bader Ginsburg defended pro-abortion laws,” tweeted Doug Collins, who is running for office in Georgia.

Liberals bereft at her death have reason to fear that the landmark law she fiercely protected may now be in jeopardy. During his 2016 presidential campaign, then-candidate Trump explicitly promised to appoint judges who wold vote to overturn Roe.

“I am pro-life and I will be appointing pro-life judges,” Trump said during a debate with Hillary Clinton. “I am putting pro-life justices on the court … it will go back to the states, and the states will then make a determination.”

On Sept. 9, Trump released a list of candidates he would choose from should a new Supreme Court opening emerge. Many of the contenders — like Sen Ted. Cruz — have long histories of standing against abortion rights.