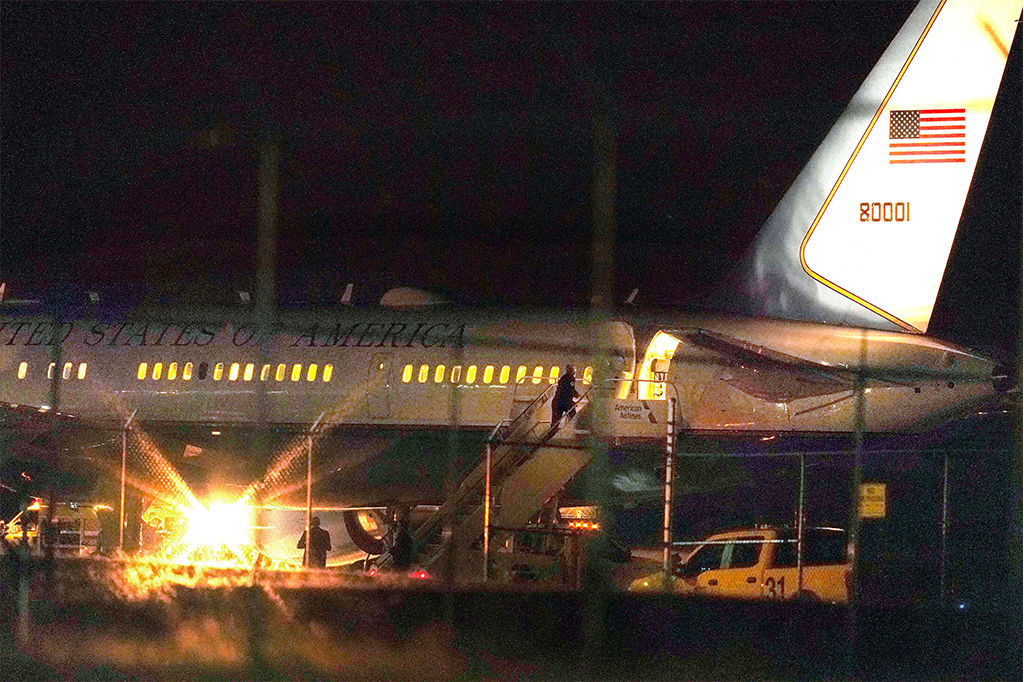 Vice President Mike Pence’s plane was forced to return to a New Hampshire airport on Tuesday night soon after takeoff because it struck a bird, the White House said.

Pence was on his way back to Washington, DC, after campaigning at an airport hangar in Gilford, New Hampshire, earlier in the day.

The vice president and others aboard were in no danger after the bird strike, a senior administration official told The Associated Press.

The White House said the plane returned to Manchester-Boston Regional Airport out of caution.