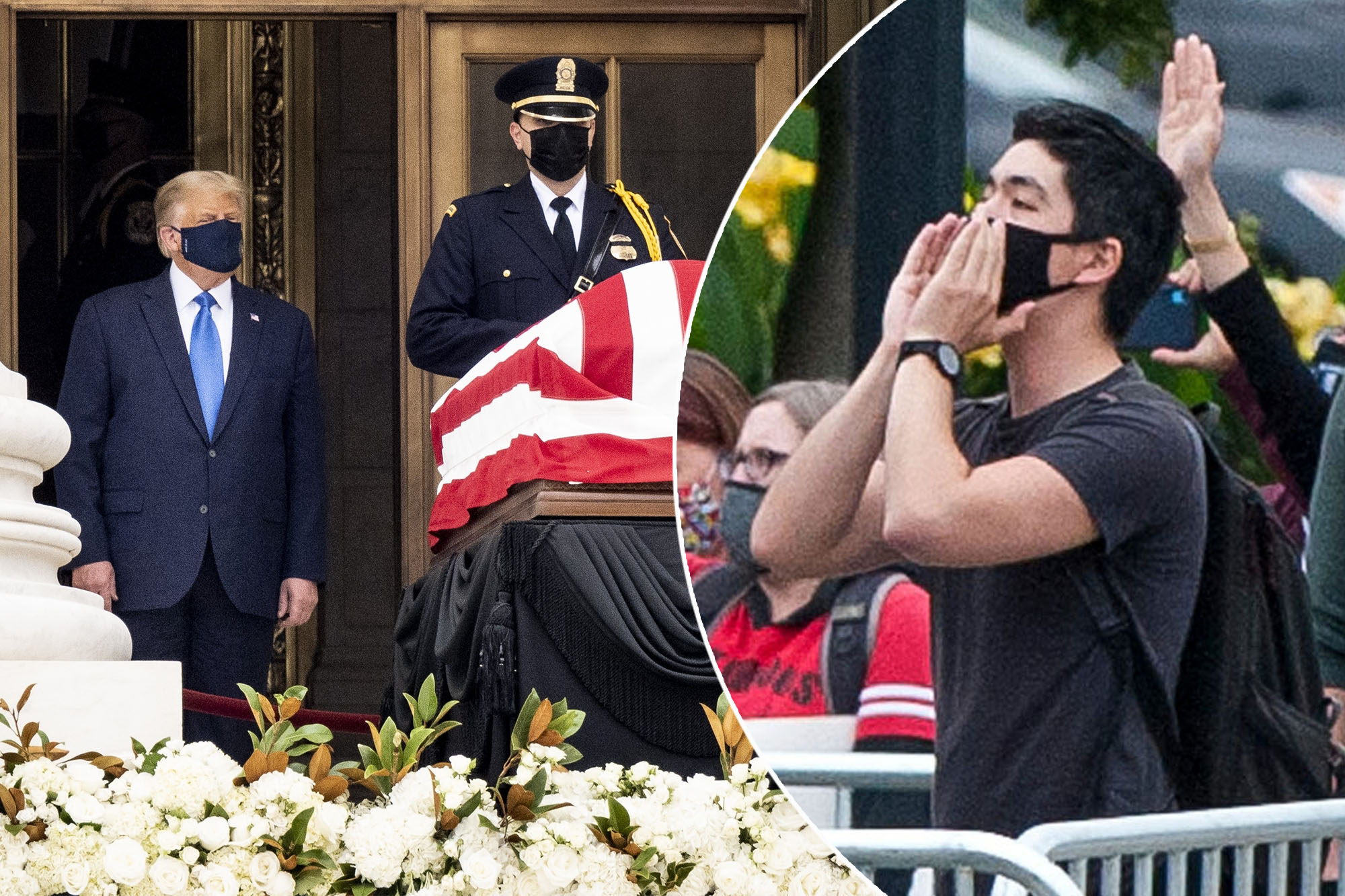 WASHINGTON — The White House on Thursday rebuked the “appalling” booing of President Trump by mourners as he paid his respects to late Justice Ruth Bader Ginsburg.

“I think the chants were appalling but certainly to be expected when you’re in the heart of the swamp,” press secretary Kayleigh McEnany told reporters during a White House briefing.

“I travel with the president all across the country — Pennsylvania, North Carolina, Florida, Nevada — and everywhere we go, the streets are lined with support like I don’t think any other president has had previously,” she went on.

A coronavirus-masked Trump and First Lady Melania Trump made a brief visit to the Supreme Court earlier Thursday to pay their respects to Justice Ginsburg where she is lying in repose atop the steps of the grand courthouse.

Crowds on the sidewalk also there to pay tribute to the women’s rights champion began loudly chanting and booing when they saw Trump appear behind Ginsburg’s flag-draped casket.

They group yelled, “Vote him out” and chanted, “Honor her wish,” referring to the Brooklyn-born icon’s dying wish that she not be replaced until a new president is installed.

The 87-year-old jurist’s death has sparked a political firestorm as Democrats try to block Trump from nominating his third Supreme Court justice with just 40 days until the presidential election, even threatening to impeach him.

Allies of the president say he has a constitutional obligation to fill the seat, leading to charges of hypocrisy after Republicans in 2016 blocked Merrick Garland, then-President Barack Obama’s nominee to the court.

Trump will announce his selection for the court on Saturday at 5 pm, waiting for the ceremonies for Ginsburg to conclude this week as a sign of respect.