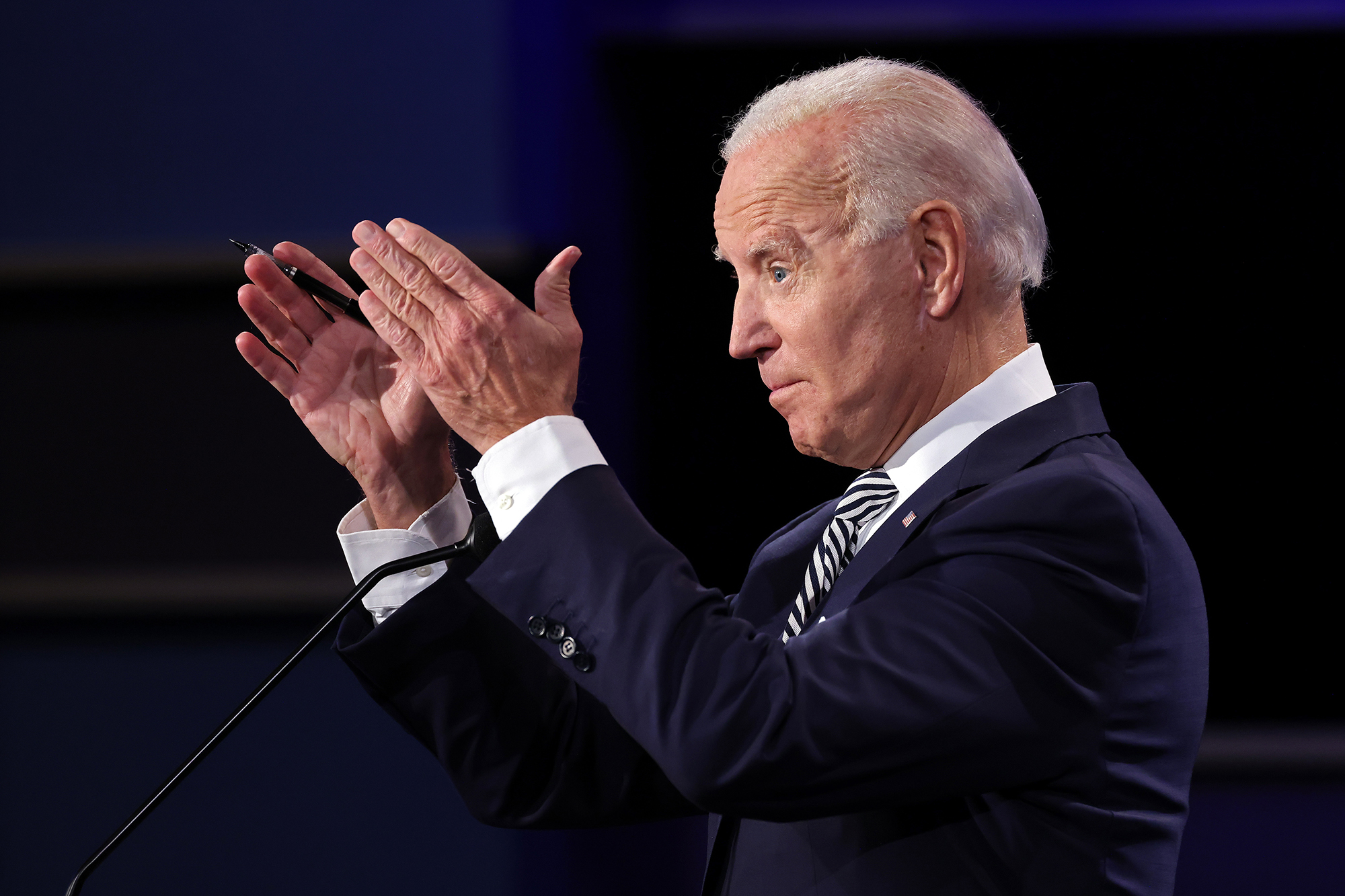 The Biden campaign launched an aggressive “take back the internet” campaign around midnight following Tuesday’s contentious and raucous debate to attack President Trump’s performance, according to a report.

The digital blitz countered the Trump campaign’s seven-figure ad buy Tuesday and aimed to take over the homepages of the web’s most recognizable home pages, including YouTube’s, Politico reported.

As part of its “take over the internet” effort, the campaign placed an ad on YouTube attacking Trump’s response to the coronavirus during the debate.

“Over 200,000 dead, 14 million jobs lost, and Donald Trump spent an entire debate blaming others,” the narrator said in the short, adding that 36-year political veteran Joe Biden is a “fresh start.”

Other ads show the former vice president wearing a mask with the tagline “real leadership,” while another touts “that’s a president.”

“Millions of Americans saw real leadership from Joe Biden on the debate stage and they will see it again all day as we take over the internet,” Biden spokesman Matt Hill told Politico.

The digital spending spree is part of a concerted effort by the Biden campaign to build a presence online after mostly ignoring it in the primary and after Trump’s re-election campaign spent heavily on Google, Facebook and YouTube for most of 2019 and early 2020, the report said.

Still, Trump has a dominant presence on Facebook and YouTube, which the campaign took over on Tuesday, and will also do for the final three days of the election.

Don't Miss it Biden campaign already selling ‘Will you shut up, man’ T-shirts
Up Next Missing woman found at sea suffers from mental health issues: daughter