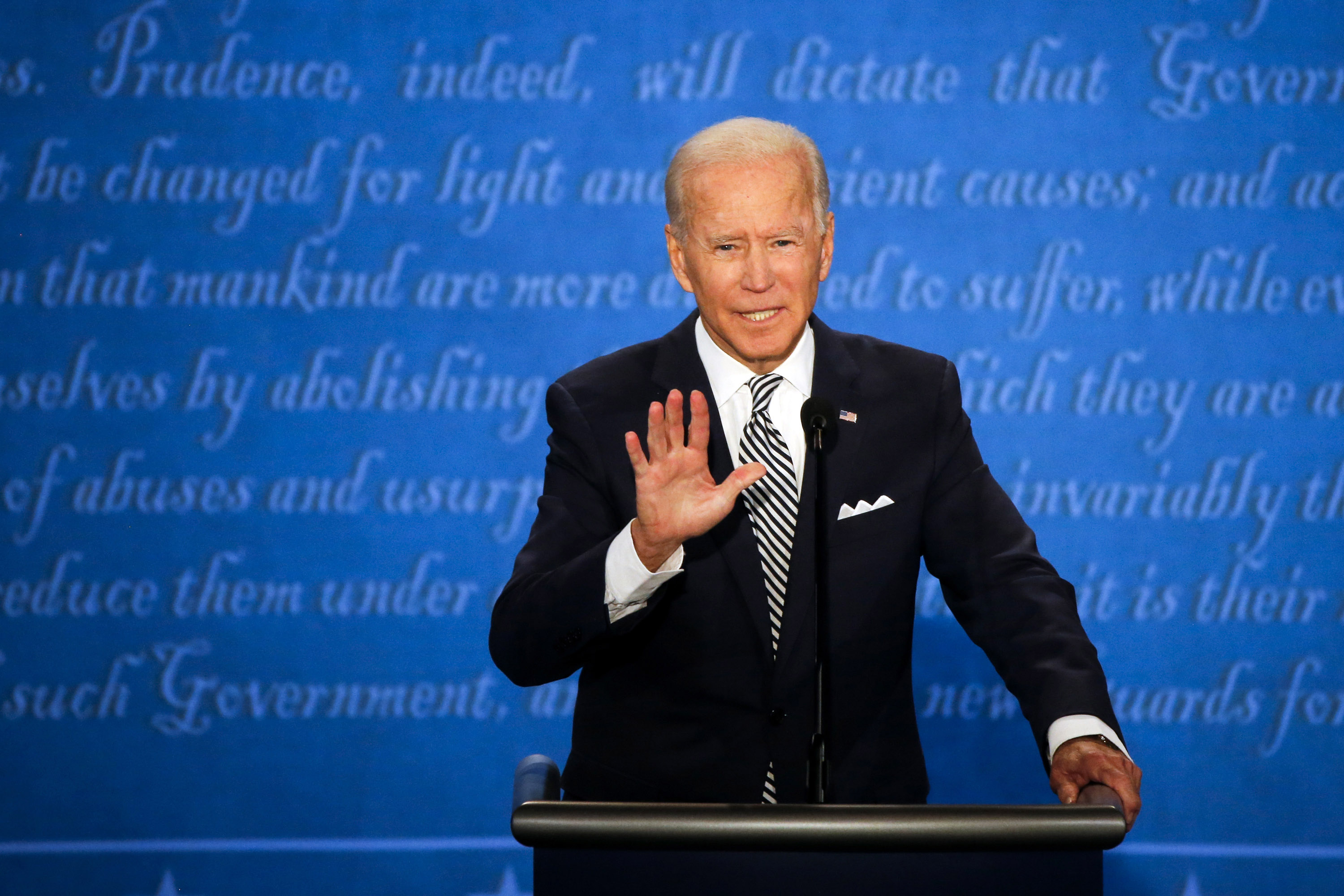 Joe Biden’s campaign is now hawking “Will You Shut Up, Man” T-shirts — after the Democratic nominee aimed the retort at President Trump during their first debate on Tuesday night.

The black tops — bearing the phrase superimposed on a photo of a grumpy-looking Trump — went up for sale even as the showdown between the 2020 candidates was ongoing, according to The Hill.

The graphic shirt enshrines one of several heated moments between the two men, who frequently talked over each other and traded jibes for much of the 90-minute slugfest.

The outburst in question came during the opening 20 minutes of the event, as Biden brushed off Trump’s relentless questions about whether he supported a Democratic effort to pack the Supreme Court with left-leaning justices.

“Will you shut up, man?” the former Vice President snapped.

“This is so unpresidential.”

Don't Miss it 2020’s First Presidential Debate: Time, how to watch, and what to expect
Up Next Biden camp launches online ad campaign following debate: report