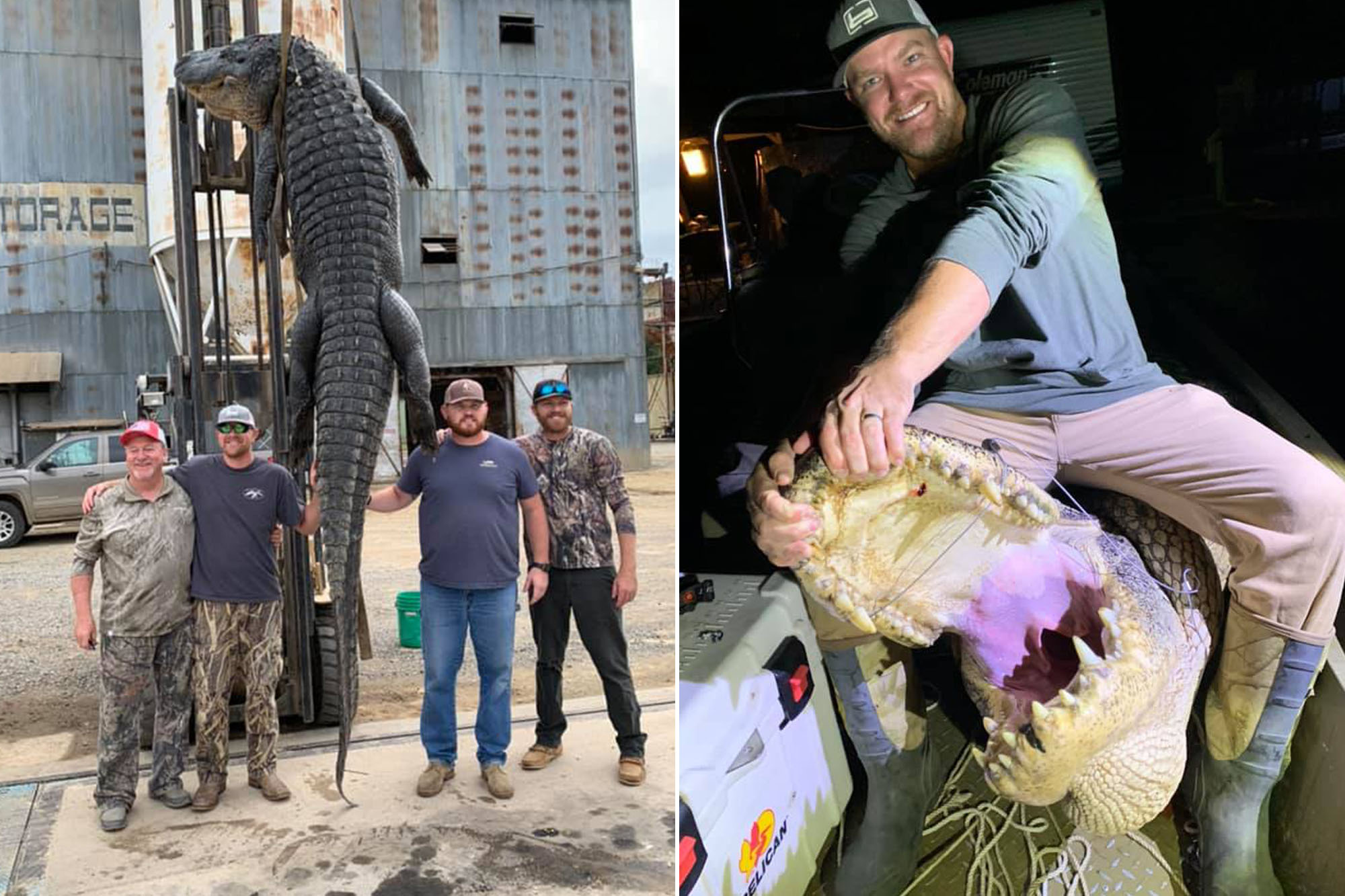 This Arkansas gator broke the scales.

Four friends snagged a monster alligator that was almost 14 feet and 800 pounds — the biggest ever recorded during the state’s hunting season.

The hunter spent two hours on Lake Merrisach at the weekend trying to trap it without any idea just how much of a beast it was, according to an article on the Arkansas Game and Fish Commission (AGFC) site.

“You can see their eyes but you can’t see their whole body under the water,” one of the group, Travis Bearden, said.

The alligator “was pulling us around like we had a motor on the boat,” Bearden said — with the biggest surprise coming once they pulled it out of the water after harpooning it during a regulated hunt.

It weighed 800 pounds and a half-inch shy of 14-feet long, which the AGFC said is the biggest since the state started keeping records in 2007, if not ever.

Arkansas’ alligator hunting is by permit and only in designated areas during the last two weekends of September, the commission said.