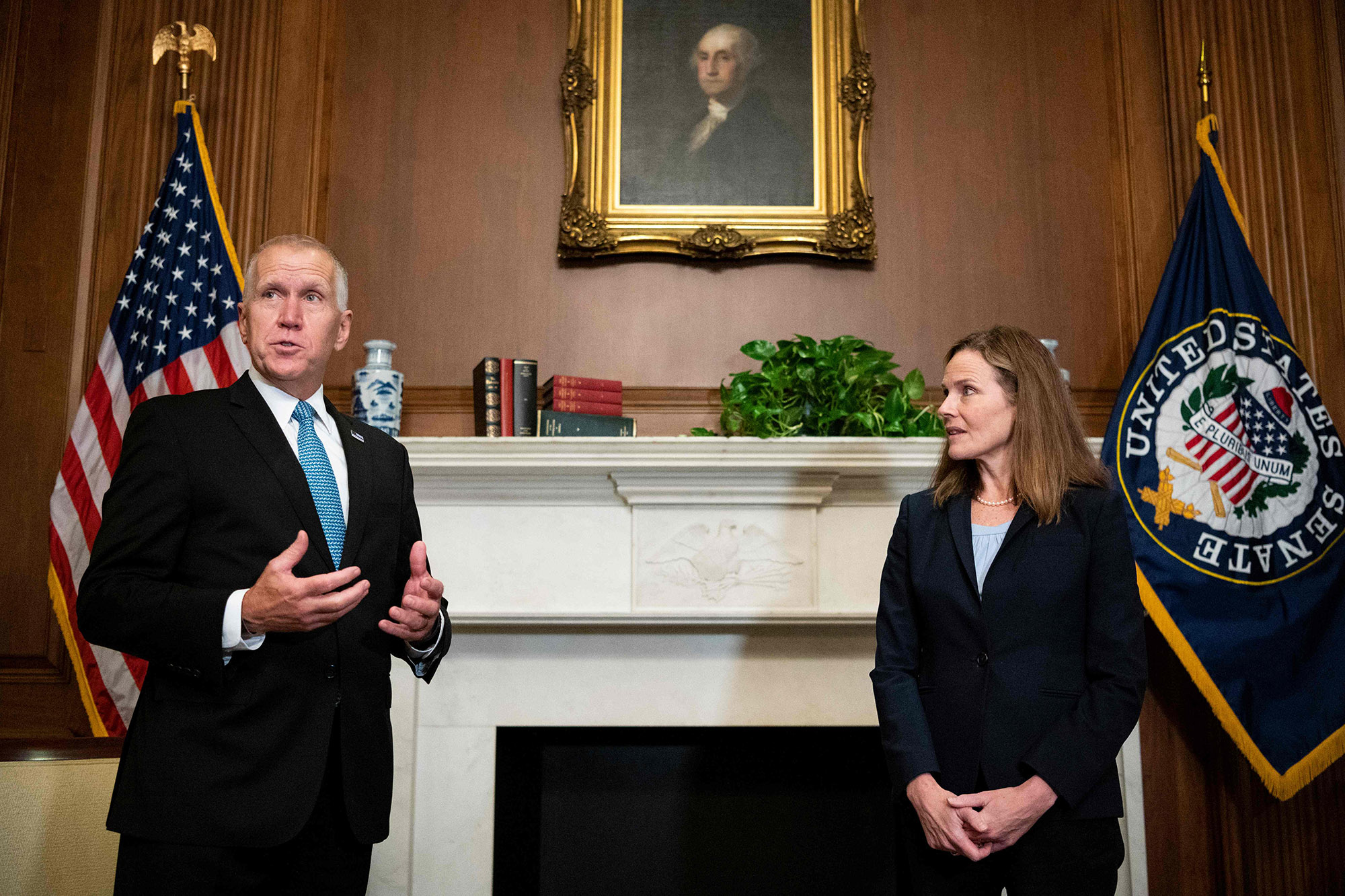 The Senate Republicans’ tight timeline to confirm Judge Amy Coney Barrett to the Supreme Court got even narrower Saturday, as COVID-19 spread to their chamber.

With three GOP senators in isolation for at least 10 days after testing positive for coronavirus, Majority Leader Mitch McConnell’s 53-member caucus may lack the votes needed to seat Barrett with a pre-Election Day floor vote if the illness continues to spread — or if the ill senators do not recover in time.

And while Judiciary Committee chairman Lindsey Graham (R-S.C.) said Friday that hearings on Barrett’s nomination, set to begin Oct. 12, will go forward by video, the committee’s Oct. 15 debate could be stalled by the sidelined senators’ absence.

Lee intends to return to work next Monday, just in time for the hearing’s first day, Graham tweeted Friday.

“The Majority Leader and Chairman Graham have said full steam ahead,” Carrie Severino, president of the Judicial Crisis Network, told The Post.

“One hundred percent, this impacts nothing,” insisted a GOP Judiciary Committee insider. “This is going to happen before the election. The schedule has not changed at all, and it will not change based on what we know now.”

But Democrats have a chance to stymie the process Oct. 15, when the committee is set to debate Barrett’s qualifications and hold a markup session, or on Oct. 22, when Graham intends to put her nomination to a vote.

If Lee and Tillis are still on sick leave at that point — or if any other Republicans come down with COVID-19 — a boycott by the committee’s 10 Democratic members would stall business indefinitely, by preventing the 11-member quorum needed to conduct committee business.

Senate Democrats have vowed to throw such parliamentary monkey wrenches into the confirmation process — with their counterparts in the House cheering them on.

“Dems can call roll and potentially delay proceedings — and we should,” Rep. Alexandria Ocasio-Cortez exhorted them on Twitter Saturday. “We shouldn’t give McConnell an inch.”

Republicans say such tactics are doomed to failure.

“They could hold [the committee meeting] on the Senate floor, with Lee sitting in a gallery, if needed,” a conservative judicial activist said.

McConnell will move to delay Senate business until Oct. 19, he said Saturday, in an attempt to curtail any further spread of the novel coronavirus through Congress’s upper chamber.

But that effort, too, could be stalled by Senate Democrats.

Even if Judiciary Committee Democrats’ parliamentary moves keep Barrett from getting a vote, they don’t have the power to bottle up her nomination there.

Under Senate rules, McConnell has the right to advance her nomination to the Senate floor without the committee’s approval and force a vote during the last week of October.

But at that point, the health of all of his GOP members will come into play.

With the Senate split 53-47 in the Republicans’ favor, McConnell has little room to maneuver — and two Republicans, Sen. Susan Collins of Maine and Sen. Lisa Murkowski of Alaska, have already signaled that they will vote “nay” if Barrett’s nomination comes up before Election Day.

“This is a reckless, hurried process that is beyond a farce,” said Democratic strategist Eric Koch.

“There is no procedure in place for dealing with a virus that is taking control of the Senate,” a Capitol Hill Dem told The Post. “But there might be one thing more important to President Trump’s supporters than Amy Coney Barrett — and that is keeping the president and the Republican members of the Senate alive.”