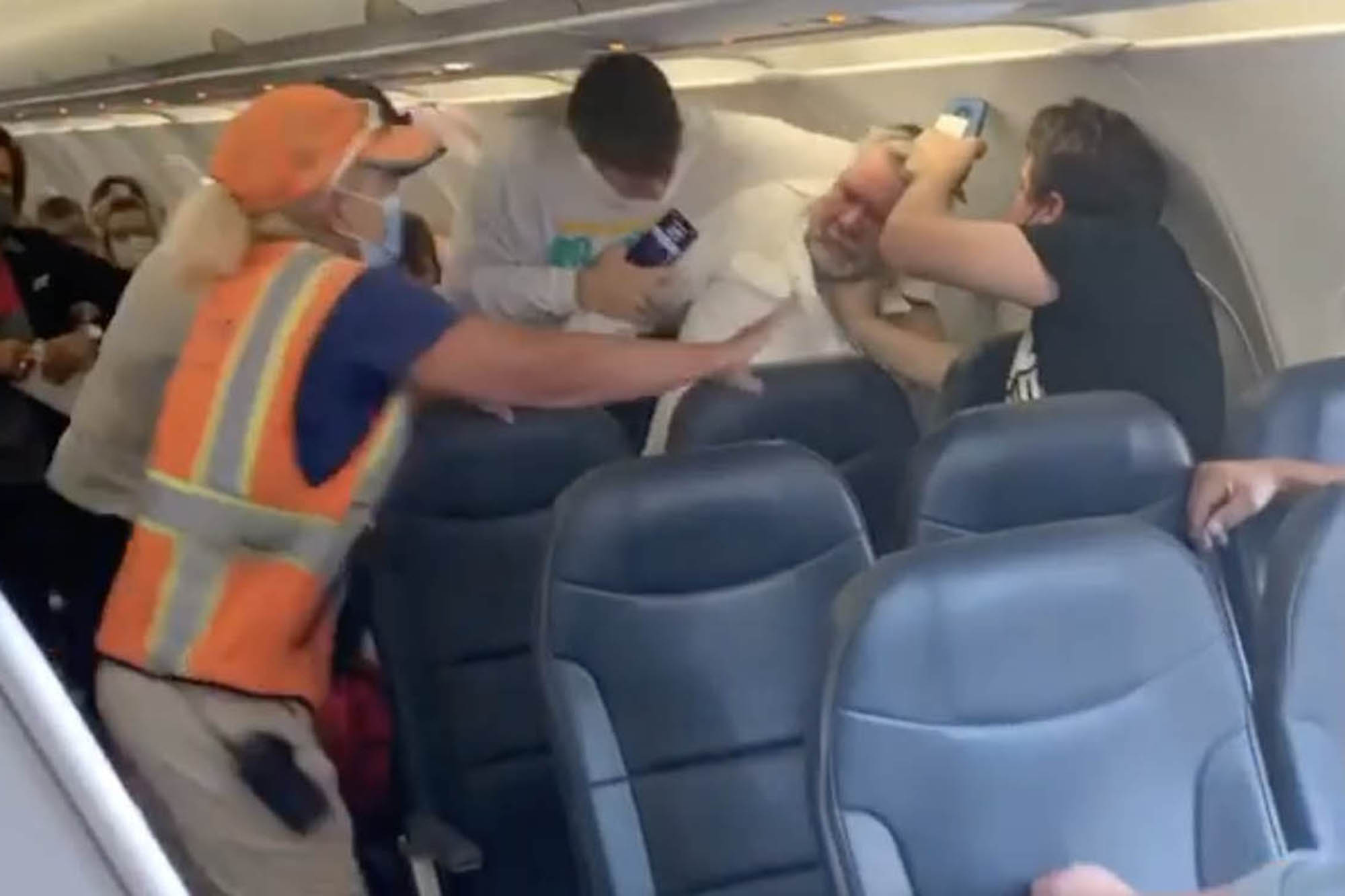 A covidiot who refused to wear a mask on an Allegiant Air flight because he thought his face shield was enough exchanged blows with a fellow passenger who took offense, according to a report.

A flight attendant aboard Flight 607 from Mesa, Arizona, to Provo, Utah, on Saturday told the man to cover his nose and mouth with a mask – but he stubbornly refused the simple request, The Arizona Republic reported.

“He has a face shield on so he doesn’t think he needs to wear an additional mask,” passenger Rylie Lansford, who was sitting a row ahead, told the news outlet.

She said the crew member indicated that the man had also flown a day earlier and argued with her about the issue on that flight.

She described him as being distressed because he was heading to visit his mother at a hospice.

“You could just feel that something physical was going to start happening,” Lansford told the newspaper.

The fisticuffs erupted when the crew tried to escort the mask denier off the plane, according to Lansford, who jumped out of her seat to record the altercation with her phone and posted it on Instagram under @bakedbyrylie.

An off-duty officer on the flight escorted Honaker off the plane, the outlet reported. The other combatant remained on board but was moved to another seat.

When the other passenger told him to leave so the flight could take off, Honaker allegedly said, “Mind your own (expletive) business,” according to police.

Honaker, who faces a misdemeanor count of disorderly conduct, reportedly elbowed the other passenger in the head and accused him of getting him booted off the plane.

“While the passenger was being escorted off the plane, he had an altercation with another passenger. Law enforcement was called to assist,” Allegiant told The Arizona Republic in a statement.

The airline’s policy requires that masks are “of a solid material, fully cover the mouth and nose, fit snugly against the face, and be secured under the chin.” The airline hands out masks to all boarding passengers.

The company does not allow coverings “with exhalation valves, holes (such as lace or mesh), neck gaiters and bandanas. Face shields may be worn in addition to a face covering, but not as an alternative.”