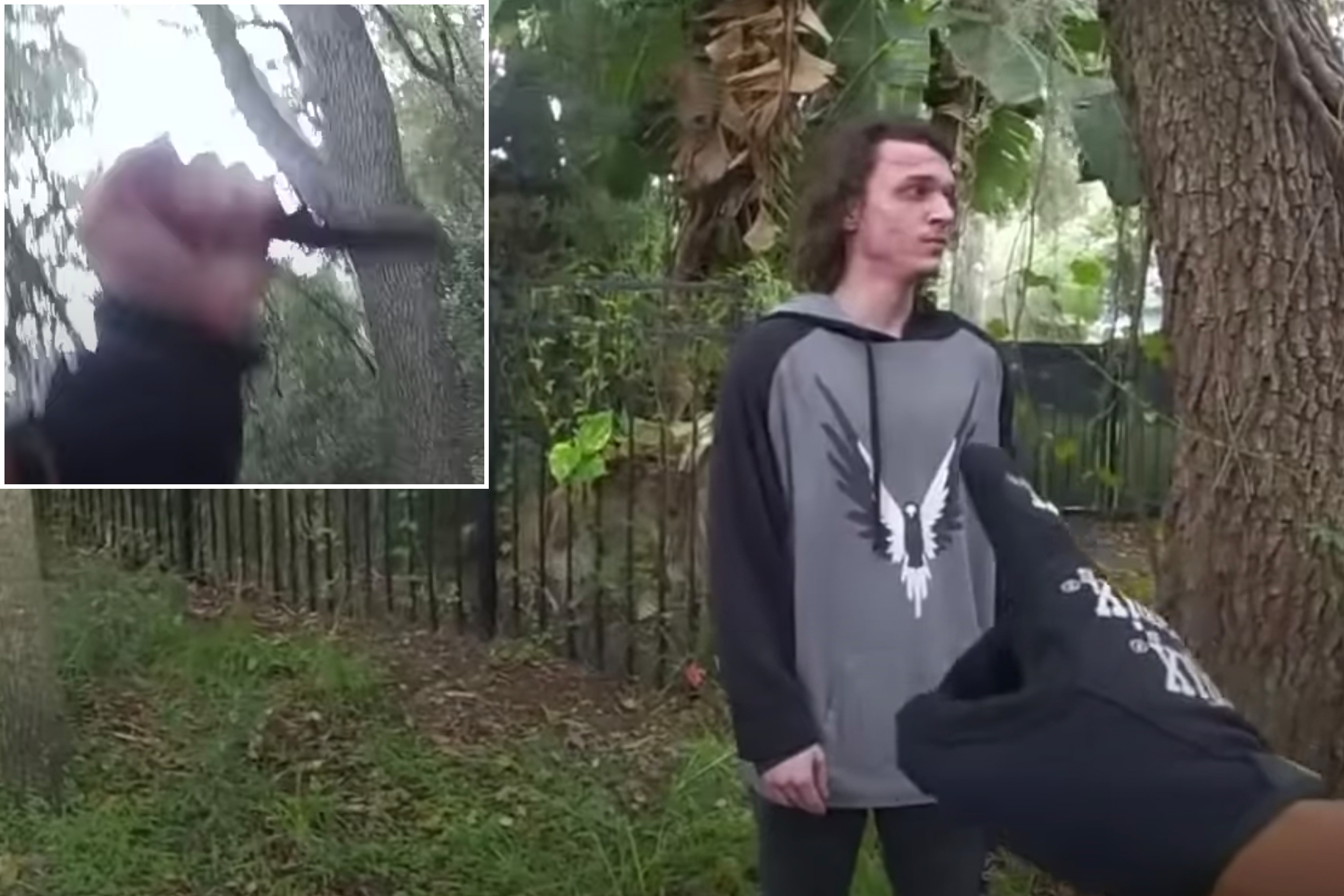 A Florida sheriff’s deputy was stabbed in the neck Sunday by a man who fled from police after he was told he was being committed to a mental health facility.

The dramatic episode was captured on Deputy Charles Williams’ bodycam and released Monday by the Hillsborough County Sheriff’s Office.

The recording starts with Williams confronting 21-year-old Nicolas Furgason, who had stopped in a wooded area in Lithia.

“Why are you running dude, come on,” Williams says to Furgason who earlier fled from his home after an involuntary mental health evaluation. “Are you scared?” the officer asks, according to the footage.

Furgason says yes. Then when Williams tries to detain him, the 21-year-old can be seen in the video lunging his left arm toward the cop’s neck.

“He stabbed me, he’s got a knife!” the officer then yells as Furgason takes off again.

Williams catches up to Furgason and strikes him with a Taser, the video shows.

“Drop the knife, throw it to the side,” the officer screams as Furgason is on the ground. “Put your hands behind your back now!”

Furgason follows those orders before other cops arrive and help Williams handcuff the suspect.

Williams was released from the hospital Monday.