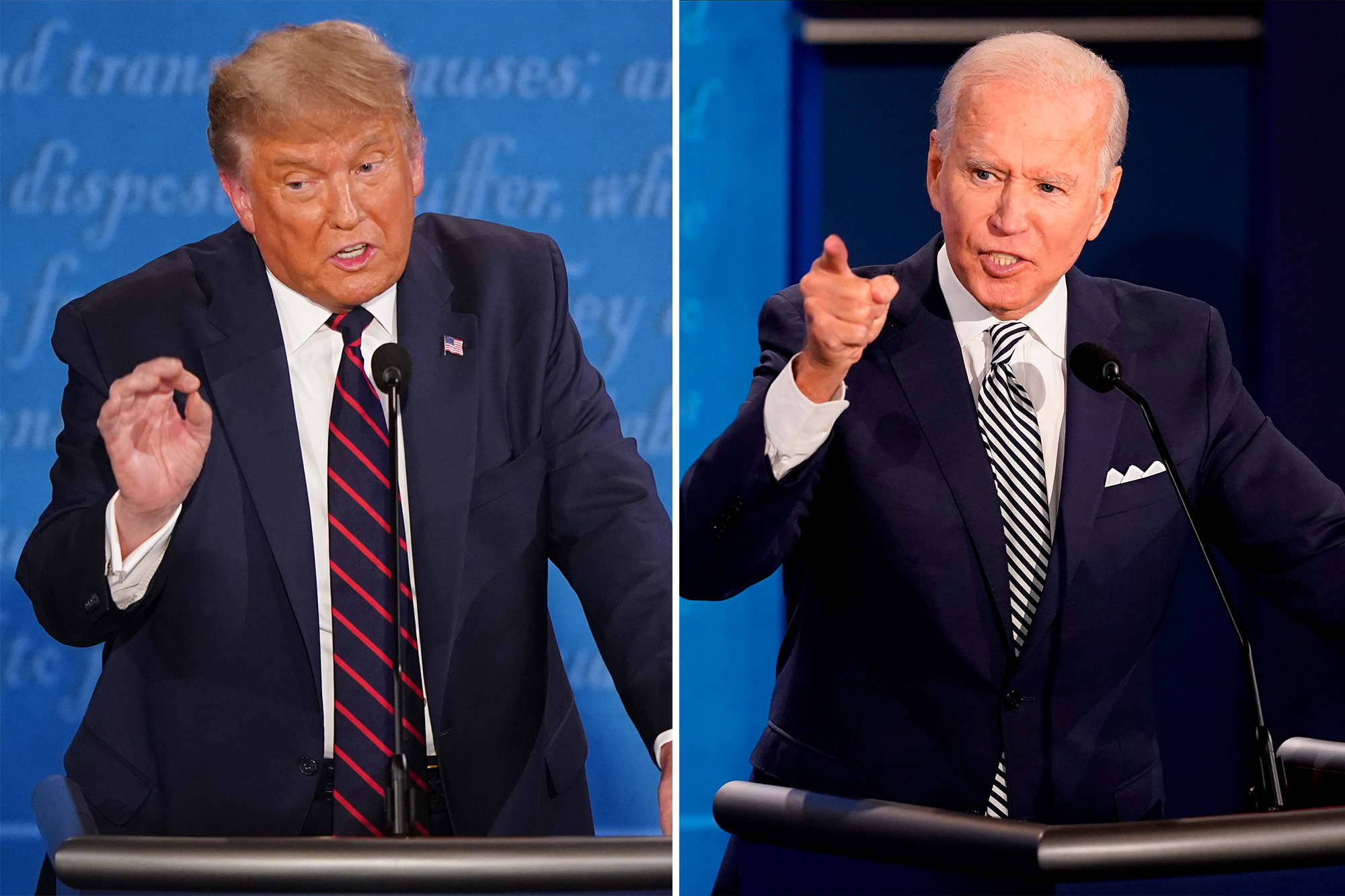 It’s not quite a debate-stage face-off, but President Trump and Democratic challenger Joe Biden will participate in dueling town hall events Thursday evening, looking to tip the scales less than three weeks out from Election Day.

The candidates were originally set to compete in an encore to a raucous first presidential debate, but it was scrapped when Trump refused to take part in a digital format proposed following his coronavirus diagnosis.

Rather than take the night off, Biden opted for a town hall-style event in Philadelphia, airing in prime-time on ABC.

Trump then signed on for a competing appearance in Miami — the site of the originally scheduled debate — to be broadcast on NBC.

Here’s what you need to know about the competing events:

What hours will the Trump and Biden town halls run?

How can I watch the Trump town hall?

The Trump town hall will air live on NBC, MSNBC and CNBC. It will also be streamed NBC’s various web platforms.

How can I watch the Biden town hall?

The Biden town hall will be broadcast live on ABC, and also streamed on ABC’s online platforms.

Who will moderate the Trump and Biden town halls?

Who will ask the questions?

Trump and Biden will field questions from voters — some of whom are undecided, according to the networks — hailing from across Florida and Pennsylvania, respectively. The moderators will guide further discussion and lob follow-up questions from there.

Where are the Trump and Biden town halls taking place?

The Trump town hall will take place at the Perez Art Museum in Miami.

The Biden town hall is at Philadelphia’s National Constitution Center.

Why is the Trump town hall controversial?

Over 100 Hollywood figures have signed a letter accusing NBC of allowing Trump to “counterprogram” his Democratic rival by going on during the same timeslot.

“By agreeing to air his town hall as counterprogramming opposite Vice President Biden’s town hall on ABC, you are enabling the President’s bad behavior while undercutting the Presidential Debate Commission and doing a disservice to the American public,” read the open letter, the signers of which included several actors, writers and directors involved in NBC’s scripted shows.

“We believe this kind of indifference to the norms and rules of our democracy are what have brought our country to this perilous state.”

The group did not ask NBC to scrap the town hall altogether, but “air the President’s town hall either before or after Vice President Biden’s so that American voters can have the opportunity to watch both.”

Trump and Biden are still scheduled to meet for a final presidential debate on Oct. 22 in Nashville.

Don't Miss it Family hike turns tragic when mom plunges off side of cliff
Up Next Did FBI have Hunter Biden laptop during Trump impeachment?